Let’s talk about wheel guns. Do they still have relevance in self-defense, or are they antiquated pieces of technology that would be better served in a museum?

Well, what is a revolver? A revolver is a mechanically operated type of pistol that uses a mechanism to rotate a cylinder containing cartridges. Generally speaking the most common capacity for revolvers is 5 or 6 rounds, However, depending on the model or caliber capacities can be as large as 8 to 10 rounds. Most modern revolvers are usually double-action/single-action (DA/SA) or Double Action Only (DAO) with a shrouded hammer or an internal hammer. The most common revolver cartridges in the US are probably .38 Special, and .357 Magnum, though many other calibers exist. 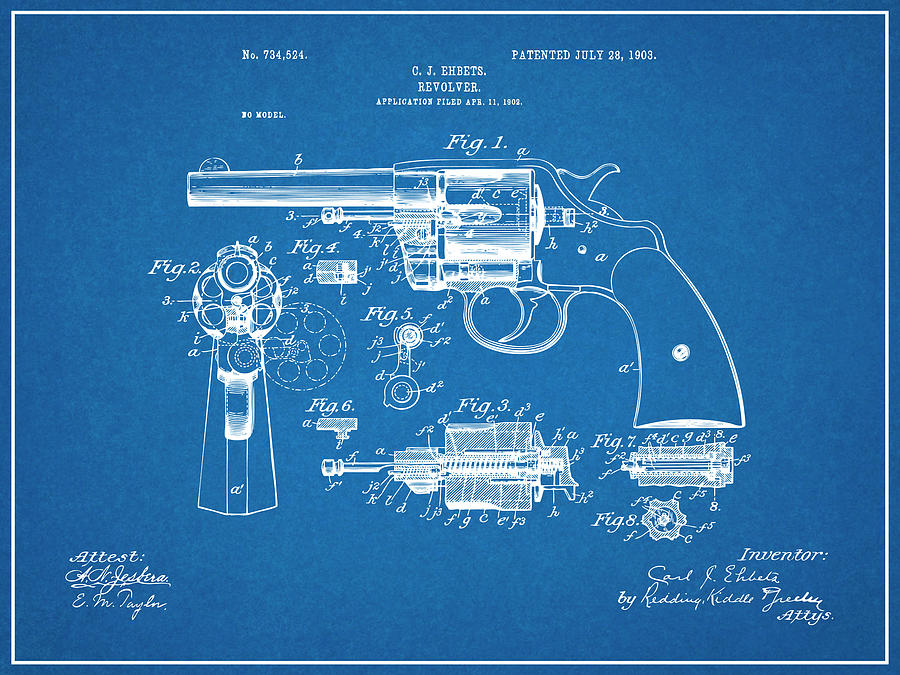 One of the key benefits of a revolver is increased legality. In all 50 states of the United States, a Revolver has complete legality for ownership for law-abiding citizens. Even in restrictive jurisdictions like DC, California, or New Jersey, your typical revolver falls below the magazine capacity limitations. Now, we believe that unconstitutional gun laws are just, Unconstitutional. That being said, we also understand the reasons for wanting to stay on the legal side of the law. If we take a look at firearms ownership in other parts of the world, many countries have restrictions on ownership of firearms chambered in Military issued Calibers. Revolvers chambered in calibers such as .38 s&w, .38 special, or .357 magnum can be a good choice to have based on the legal limitations of those jurisdictions.

Revolvers are also very simple to check to determine if it’s loaded or not. Unlike semiautomatic firearms that require multiple steps to ensure that it’s clear and unloaded, a revolver is very simple. Just open the cylinder and look. A semiautomatic pistol generally requires you to remove the magazine and also clear and visually inspect the chamber which is a step many beginning shooters can forget. 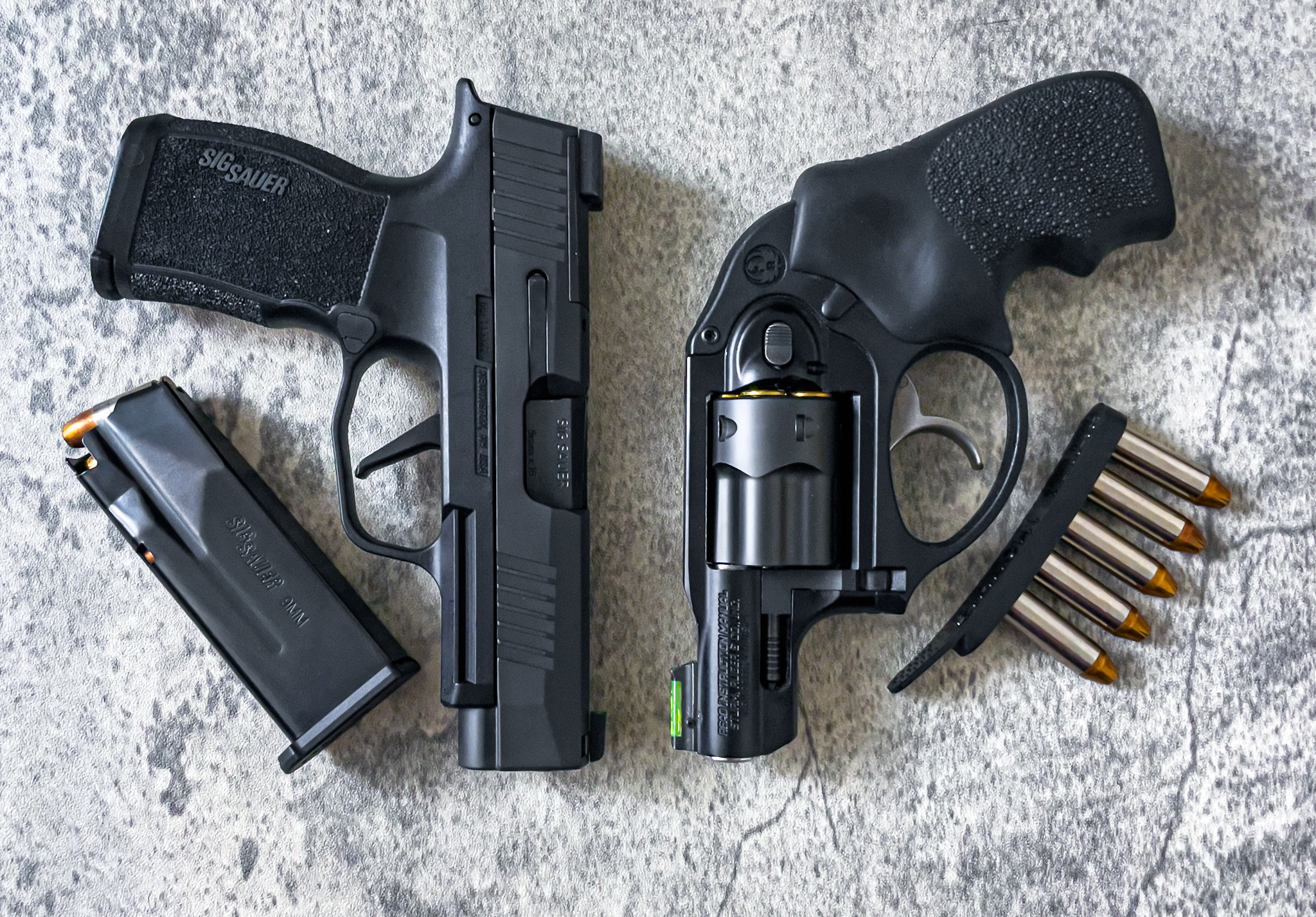 Modern Carry revolvers also have taken advantage of modern alloys and polymers to bring a lightweight package to the defense-oriented market. The Ruger LCR and S&W 442 weigh only 14.9 and 14.7 oz respectively while a Glock 43 still weighs more at 16.23 oz.

While your average wheel gun has less capacity than its semiautomatic counterparts, the average self-defense shooting scenario doesn’t involve much more than 2-3 rounds fired. That doesn’t mean you shouldn’t carry firearms with larger magazine capacities, but it does lend credence to the validity of revolvers. With modern defensive loads, .38 and .357 magnum calibers have well-performing self-defense cartridges that meet or exceed the standards of the FBI testing protocol.

Revolvers, especially variants with a shrouded or internal hammer, also have the niche application of cycling reliably within a pocket such as a hoodie or a jacket. For a quick trip to the store, a snub-nosed revolver in a pocket can be an effective impromptu carry method that can still be used without needing to draw out of the pocket in a close range “point shooting” scenario. Most Semiautomatic pistols fail in this regard as the pocket can inhibit the ejection of brass causing a failure to eject, and the reciprocating slide tends to bite on clothing causing a failure to return to battery.

Furthermore, most semiautomatic pistols using a short recoil, the locked-breech design will not fire if the muzzle is pressed up against an object. This is to prevent out of battery detonations, however, in the event of an extremely close range defensive encounter where the potential of muzzle contact is dramatically increased, it can render your semiautomatic pistol nonfunctional until you can clear the space to allow the slide to come forward back into battery. While fixed barreled Semiautomatic direct blowback pistols like a Walther PPK do not have this problem, they still need a bit of space for the slide to reciprocate and cycle the next cartridge. A revolver, with its fixed barrel and mechanically operated design, can still function even when pressed up against an aggressor's body with virtually zero room for slide clearance. 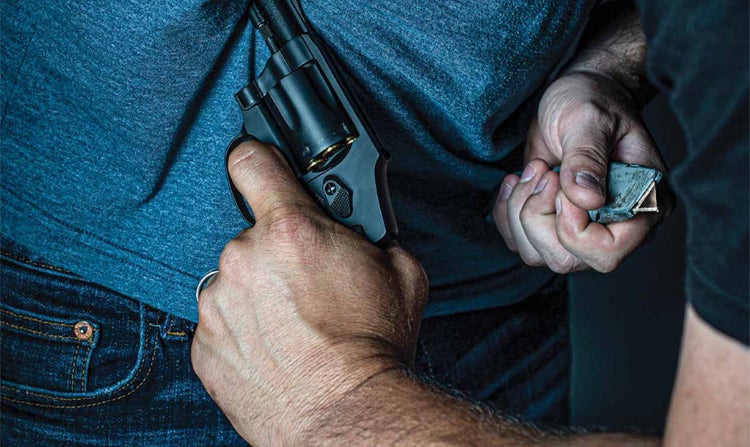 Bottom line, Is the revolver still an applicable defensive firearm? Only you can decide. But based on legality, logistical support, and the importance of certain niche applications in your lifestyle it might be a viable design for you.