If you’ve decided on an AR or other modern Tactical carbine as your platform, there’s a pretty good chance you’ve heard the term LPVO being tossed around. But what the heck is an LPVO, and would it be a benefit to you?

This acronym refers to a rifle scope with a magnification range of 1X to 4,6,8, or even 10X. So when compared to your Traditional Rifle scopes that can magnify up to 50X an LPVO has a relative “Low Power” of magnification. And it’s a “Variable” optic because it can magnify your image between true 1X and its highest magnification.

The common way you'd see one of these described, using a Sig Tango MSR optic as an example, would be "Tango-MSR 1-6X24mm" where the “1-6x” means this scope magnifies images from 1x up to 6x, and the objective lens, the one that faces the target, is 24mm in diameter. 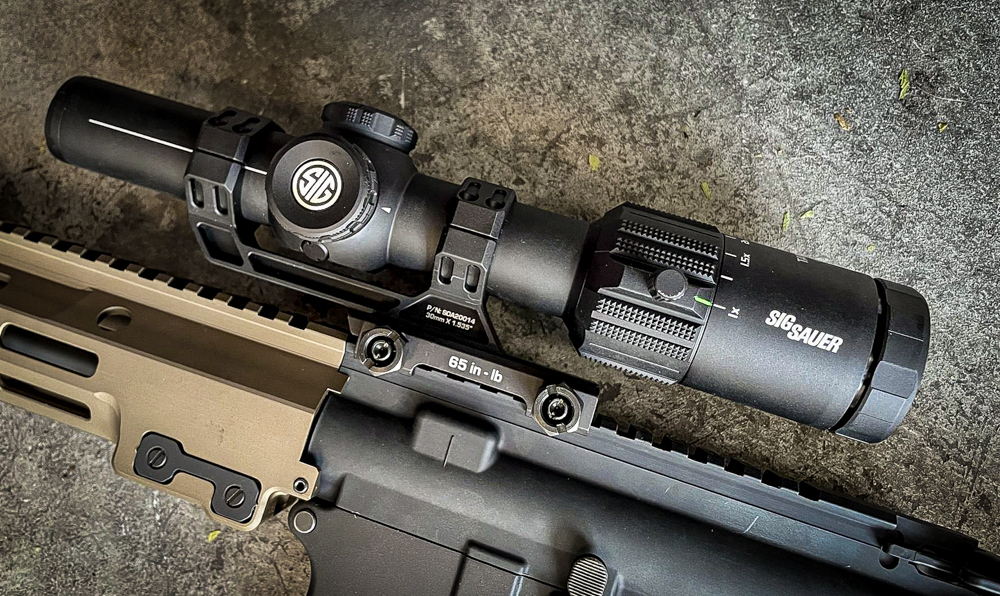 WHY WOULD ANYONE WANT A LOW-POWER VARIABLE OPTIC?

As Weapons, ammunition, and training advanced to develop enhanced capabilities for our military, law enforcement, and private citizens, our accessories did as well. The LPVO gives a shooter a very flexible and capable aiming solution to cover a variety of situations. In the US you’ll see LPVOs most often used on AR-15s and other carbines that can be used in a variety of close-quarters, fast-paced shooting, and mid-range engagements, where magnification can not only help with positive identification (PID) of the target but will also aid in accuracy by providing a reticle for your holdovers at those longer distances.

In essence, the LPVO's real advantage is versatility compared to 1X red dots and holographic sights that don’t have the magnification ability or dedicated fixed power magnified optics that are slower to use in a fast-paced close-range encounter. More and more people have started to use the LPVO as their primary aiming solution for a “Do-it-all” Carbine. This Jack-of-all-trades Optic solution has you covered from point-blank encounters in a breach all the way out to engaging targets at distances of several football fields away. 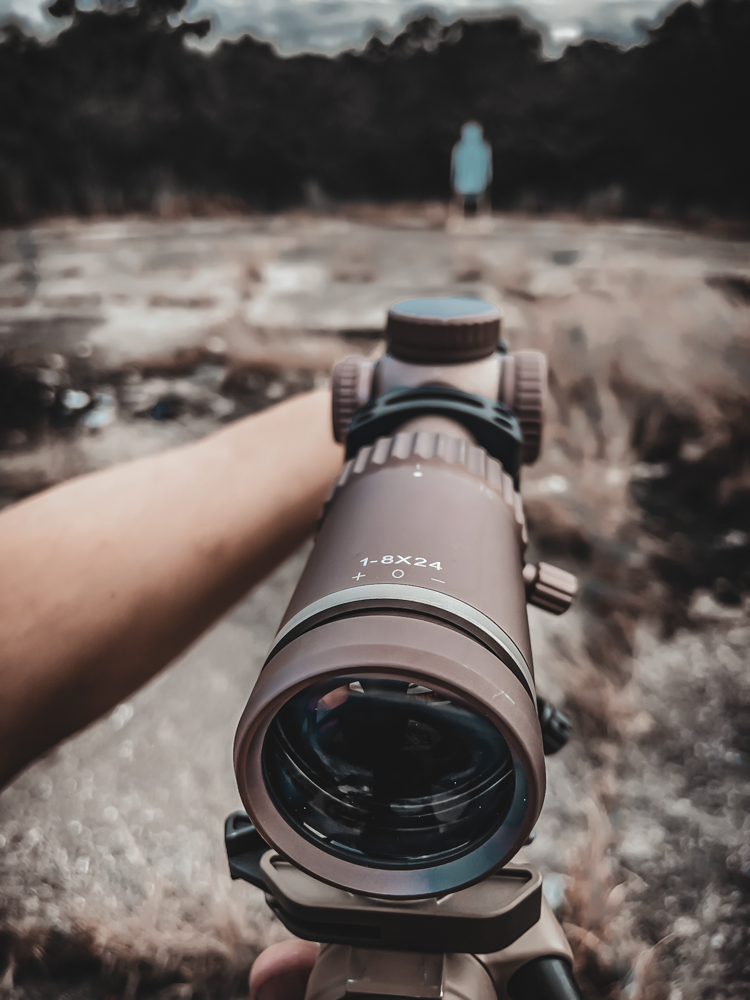 IS THE 1X BETTER THAN A RED DOT?

The LPVO at 1X is great, but it’s not quite as great as a red dot sight (RDS) or Holographic sight (HS). It's unlikely that an LPVO will ever truly match an RDS or HS. This is because an LPVO uses a full system of your objective and ocular lenses to deliver a true 1x image rather than the image just being right there like it does with an RDS. The RDS and HS will always have a slight edge when it comes to eye relief, eye box, and size for performance at engaging targets at close range.

A high-quality LPVO will have a generous eye box but generally will still require the shooter’s eye to be mostly squared up behind the optic, which can make non-traditional shooting positions where a normal cheek weld is difficult to be a bit problematic. This, however, can be mitigated with training and familiarity. The benefits of an LPVO generally negate the niche benefits of running only an RDS.

WHAT ARE THE DOWNSIDES OF A LPVO?

Compared to an RDS or a fixed magnification optic like an ACOG, LPVOs are generally larger and a bit heavier, They also require the purchase of scope mounts or rings unless you get something like this Sig Sauer Tango MSR LPVO/ Alpha MSR Combo that comes with a cantilever mount.

IS AN LPVO THE RIGHT CHOICE FOR YOU?

As mentioned before, they aren’t quite as good at 1X as an RDS based on their eyebox, but they perform remarkably well which is why there’s been such a proliferation of LPVO use in the Military, Law enforcement, competition, and all-around concerned citizen usage.

LPVOs are the perfect choice for someone who needs a flexible system to handle close-up, fast-action shooting but also hold their own to engage targets out at mid-range distances (500-800 yards). While a red dot would be better in a strictly CQB scenario and a high-power scope would be better suited for precisely long-distance shooting, however neither option can succeed in both areas the way LPVOs can.

If you’ve been debating on pairing your LPVO or other magnified option with a tactical carbine check out our Magnified Optics on a Tactical Carbine Part I & Part II blog series on the topic. And, don’t forget to check out the Sig Tango-MSR series of LPVOs