Wanna hear a story about a US army Deserter who ended up coming back as a hard-charging Nazi and commie slayer? Well, this is the Story of Lewis Millet and the last large-scale bayonet charge of the US Army. 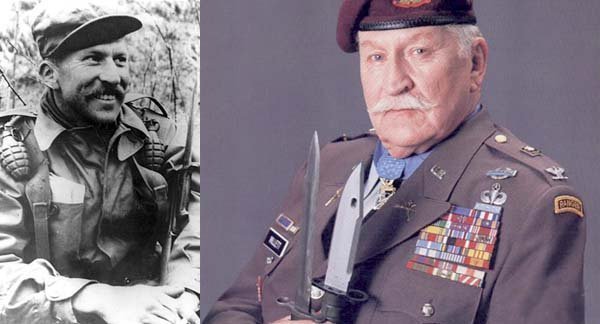 Lewis Millet was born in Maine, which isn’t all that special but he came from a line of ass-kickers, his grandfather fought in the Civil War and his Uncle was an artilleryman during the Great War. While still attending high school, he decided that he’d rather slay Nazis instead of learning algebra. so he enlisted in the Massachusetts National Guard in 1938. By 1940, he joined the United States Army Air Corps but it seemed that the U.S. wouldn’t fight in WWII at the time. Millet said “well that f*cking sucks” and deserted. Millett hitchhiked to Canada and enlisted in the Canadian Army where he was assigned to the Canadian Artillery. From there he was sent to The UK, where he served as an anti-aircraft radar operator in London, but by the time he arrived in the UK the U.S. had finally entered the war; So Millet rejoined the U.S. Army in 1942.

It says a lot about a person if he deserts cus the army WASN’T going to war.

Millet was assigned to the 27th Field Artillery Regiment, 1 AD. Millett served in Tunisia as an AT gunner. During a battle, he drove a flaming Halftrack that was loaded with ammo and explosives away from Allied soldiers and jumped out just before it exploded. He was awarded the Silver Star for actually doing what every action movie star pretends to do. He later shot down a Messerschmitt Bf 109 fighter plane using a half-track mounted machine gun. Millett was later promoted to sergeant by the time he invaded Salerno and participated in the Battle of Anzio, where I imagine he destroyed Tanks with his rockhard Warboner. Unfortunately for Millet, the Army discovered his 1941 desertion when they looked him up to award him again. He was court-martialed and convicted of desertion. But because he not only rejoined the army but also was a legendary ass-kicker and life-saver the Army didn’t know what to do with him.

They ordered him to pay a $52 fine, basically asked him to promise to never desert again, and stripped him of leave for a short while. Two weeks later he was promoted to second lieutenant.

HE WAS PROMOTED AFTER BEING CONVICTED OF DESERTION

After WWII, Millet attended college but when the Korean War kicked off Millet happily decided that throat-stomping Commies would be a welcome change from blowing up Nazis. By the time he deployed to Korea, he was the Company Commander of E Co of 2-27th Infantry Regiment. One day, while on a combat patrol Millett and his men captured Chinese propaganda that stated the Americans were p*ssies who didn’t know how to kill in close quarters combat with cold steel.

Guess someone should have reminded those commie pigs that the US army Infantry by definition "closes with the enemy, by means of fire and manoeuvre, in order to destroy or capture him, or to repel his assault by fire, close combat, and counterattack."

On 7FEB1951 Millet personally led his company on an assault on Hill 180 during Operation: Thunderbolt. During the attack, he noticed his 1st Platoon was pinned down by heavy fire from NK and Chinese small arms and MGs. Millett screamed the two words that every infantryman knows. “FIX BAYONETS”.

It was time for some weapons-grade face-stabbing and Millet was gonna be serving these proletariat pigs their first taste of American steel.

Yeah...Imagine getting imapled with that pig sticker by an angry cornfed Infantryman?

He personally led 2nd and 3rd platoon in a bayonet charge up a 200-foot high snow-covered hill straight into a fortified enemy position packed with about 200 enemy soldiers. Millett bayoneted the first two commies he came across before beating down several others to death with the walnut stock of his M1 Garand. He then started tossing out grenades like party favors and perforating communist bodies with red hot shrapnel. He was wounded by an enemy grenade, but obviously it would take more than a gaping shin wound to slow him down. He refused to be evacuated until his men captured the hill. Of the 200 enemy personnel on Hill 180, 47 were killed (18 with Bayonets) the rest retreated and his 1st Platoon was saved. 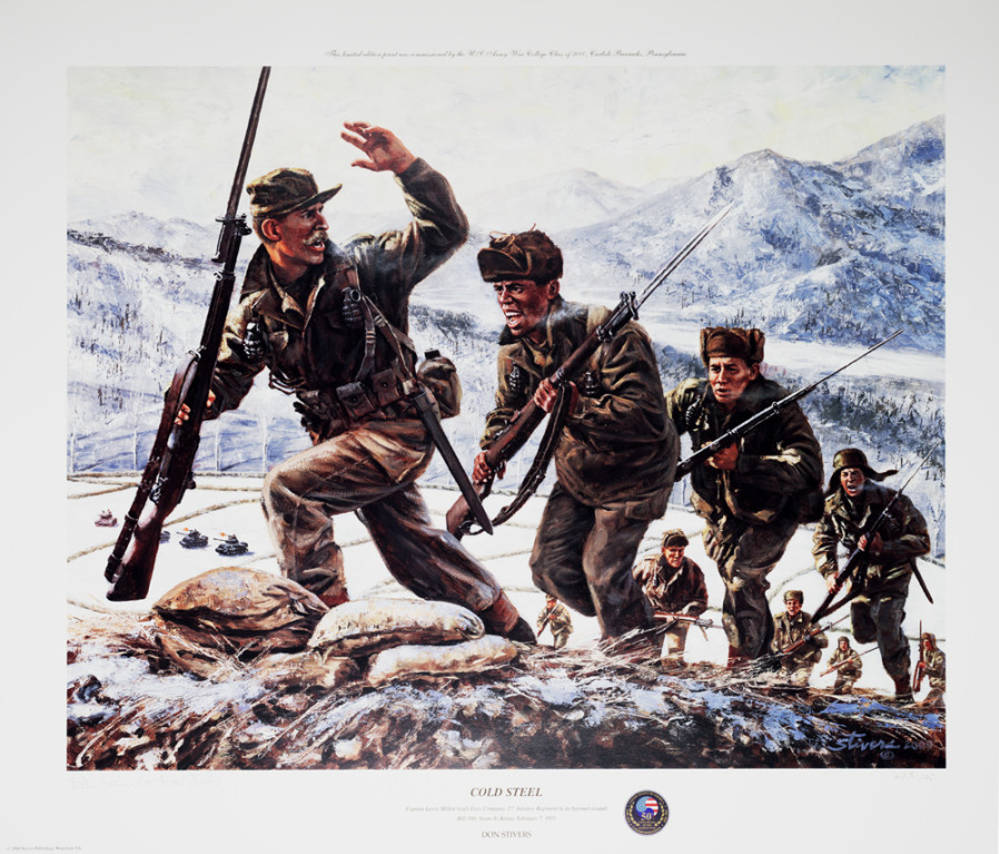 From that point on, Hill 180 would be renamed “Bayonet Hill” in their honor. Millet was awarded the Medal of Honor by President Harry S. Truman in July 1951. Millet would then lead ANOTHER bayonet charge that same month with damn near the same end result: American victory and Chinese corpses making the green grass grow. Unfortunately, the rules state service members are only eligible for one medal of honor so they gave him the Distinguished Service Cross, which is literally the next best thing.

After Korea, Millett graduated from Ranger School at Ft Benning. He served in the 101st Airborne, as an intelligence officer and later served in the Vietnam War as a “military advisor” to the Phoenix Program, where trained hitters would hunt down and kill Viet Cong sympathizers. He also helped found a "Recondo" school. In the mid-1960s, he commanded the Army Security Agency Training center.

Millett retired from the military in 1973 at the rank of colonel because he felt the U.S. had "quit" in Vietnam. He then went on to become a Deputy Sheriff and still serve his community. He died of heart failure in 2009 at the age of 88. At the US Army’s National Infantry Museum one of the life-size dioramas that display legendary Infantry actions is Millet’s bayonet charge up Hill 180 during the Korean War. Millett and his mustache are clearly visible leading the charge and preparing to bayonet an enemy soldier. I can think of no greater tribute than being labeled as one of the shining examples that every young infantryman will get a chance to see. 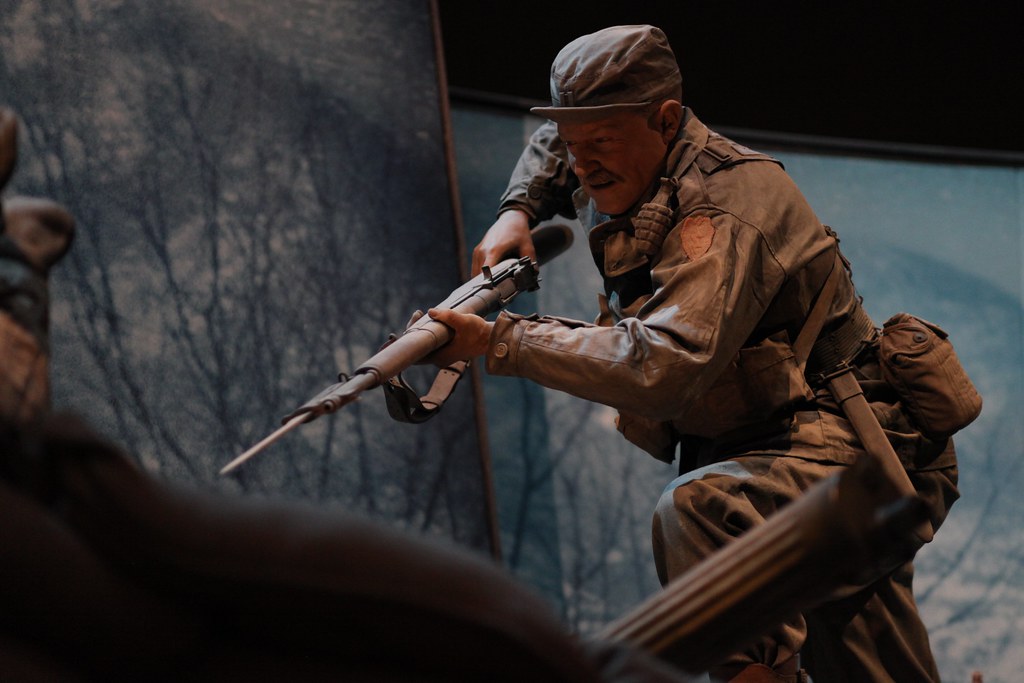